It is with great sadness that we share the news of Alwilda’s passing yesterday.  Alwilda has been a BC Athletics member for more years than any of us can remember and her presence in the sport was always something we could depend on.  She gave herself to the sport in so many ways, sitting on both the Junior Development and Official’s Committee for decades. She was a founding member of the Kamloops Track & Field Club and an enthusiastic official for over 65 years.

Alwilda was recognized for her commitment to the sport many times over the years.  She is a member of the BC Athletics Hall of Fame and a recipient of the Ian McNeil Award, Ralph Coates Award, Jane Swan Award, and the NOC Service Pin for 65 years.

Cards and letters to the family (Len & Diane) can be forwarded to: 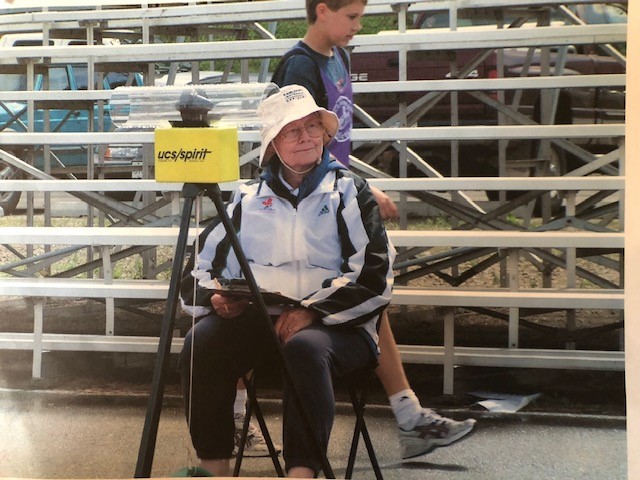 Sign up for our Newsletter to get updates right to your inbox.